Where are all the Native Midwives? 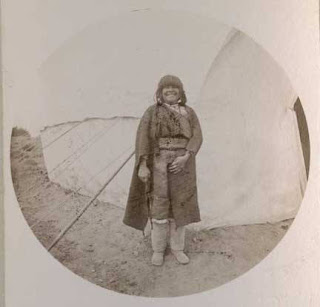 As more individuals become aware of Native American health issues, they somehow end up exploring our  indigenous roots.  At which point they will find little historical evidence as to our pre-colonal existence.    At least in the scholarly literature sense.  I think this is a good question to ask, because it is one that I wonder about as well. Yes, our ancestors did roam the earth before columbus "discovered" the new world.  I have to laugh a little at the word "discovered" because unfortunately, this time marks the beginning of our end.  This historical event is actually not just a whisper of talk, there is empirical evidence that after the "new world" was discovered, our numbers as indigenous peoples of the Americas took a very steep downward spiral.  The cause of this event can be blamed on disease.  New visitors, brought new disease's.  I think the interesting piece in this is that before "contact" as we like to call it, indigenous peoples did in fact have our own healers.  Unfortunately, since colonial domination our healers have gone away.  Well, not entirely....our indigenous practices within the realm of healing has just gone underground.  The reason for this is "religion."  Not only did columbus bring foreign diseases, they brought their faith.  At which in their eyes I'm sure they felt that the hand of God needed to be extended into our villages so that we could be converted to their faith, however this very act is what also contributed to our demise.
Fast forwarding to today, I had an interesting conversation with my father-in-law.  We were celebrating "All Souls Day"..which as a Navajo, this is a conflict of interest for me, but as that I live in Pueblo territory, I've had to adapt to a different set of traditional models of living.  For those of you who  have never set foot on Pueblo reservations, there is a Catholic church and a very strong inter-twinning of catholic faith and tradition in every Pueblo.  As to why these steeples of faith are even standing in  the pueblo is a whole other topic, and I will have to save that for another blog.  However, we got to talking, All souls day is a catholic event, usually the day after Oct 1.  It is also celebrated in a traditional way.  It may have been a catholic event, but the indigenous communities here were able to somehow use it as an umbrella to celebrate it in their own way.  I think this is a good example of how some indigenous communities have adapted to this new form of faith and belief.  It is also how some tribes have been able to survive.  Adapt and move forward right... 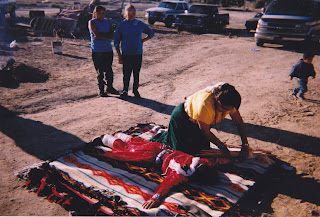 Getting back to traditional healers, midwives included.  I mentioned earlier that they didn't necessarily all die out, but rather went underground.  Each community generally had a person who came from a long line of healers who knew which herbs to use to heal someone, but also sometimes were the very same person who helped with birth.  From what I've read from several different sources,  as our world has transitioned to newer better ways of healing (chuckle), the simple event of a hospital being resurrected on or near indigenous communities has changed our way of healing and also who we go to for healing.  I know on the Navajo reservation there was a very large campaign strongly encouraging them to go to the hospital for all their care.  This was done in light of the wave of tuberculoses and small pox that was killing everyone.  It is the same situation when it comes to birth, women were strongly encouraged to go to the hospital for prenatal care and to have their babies, rather then be attended by a traditional midwife....and deliver at home.  This was also do to the very high numbers of neonatal death and maternal death in childbirth.  However, to us..the Navajo, going to the hospital was like going to your grave.  People went there to die, why would I want to go there to be healed, when everyone just dies there.  You can see why this was a hard transition.  Also, for Navajo women, pregnancy and birth is a time of life, we are not suppose to be around anything that is to do with death.  Basically these people were telling them to go to a haunted house full of death to have there babies....ah..I don't know about you, but that makes sense!  So for many, we have Blessing Way ceremonies before going to the hospital to have our babies.  Basically to ensure a safe delivery.  No this is not what many women today would think of as a Blessing way baby shower that seems to go on these days.  No string to be tied around your wrist or ankle..no made up chanting.  A real medicine man  in a hogan, cedar, prayer..the real deal...Again adapt and move forward.
Unfortunately with all this adapting and moving forward, we are also at a point where this traditional knowledge is being lost, basically our ability to heal ourselves is being lost.  This to me is scary.  This post colonel domination has really done a number on us. You see it in our health statistics "Health Disparities" is what the more scholarly articles like to call it.  We as indigenous people know what it is that is killing us and it is not just one thing. It is many centuries of being forced to adapt to a different way of life.
When I talk with people and they find out that there are only 10 Native American Nurse Midwives in the United States, they are shocked. And because there are so few of us.....we don't know each other personally, we know "of" each other.  Which I think is sad too.  Well, I've been lucky enough to have met 2 other Navajo Certified Nurse Midwives here in NM.  I'm pointing this out because, traditional mainstream education for Native American's is not easy to attain.  Most Native American or indigenous women have chosen direct entry midwifery or Certified Practicing Midwifery as a means of attending births in their communities.  I'm sure this choice is based on the negative relationship Native's have with education and the extreme value "professionals" place on what is considered qualified and not qualified.  However, I would guess there are more CPM's of indigenous background for this reason.  Not that mainstream education is hard to attain, but rather they refuse to bow down to the idea that what their ancestors have done for centuries has to now be stamped qualified by "qualified professionals"..this is a crazy idea! 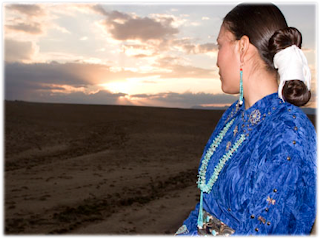 So where are they?  These Native, Indigenous, Aboriginal women who attend birth, that history has done a poor job of explaining there existence and practice. They are like a myth..I've heard of them, I've seen one.  Well, I am one!  There are 2 I've met in NM.  After talking with a wonderful couple from Santa Domingo Pueblo, they said they have 3 traditional midwives still in their community.  They are not all gone.  But, like I said they have gone underground.  Not because they will be prosecuted for the work they do, but rather more Native American women are going to the hospital to have their babies and the basic understanding and importance of tradition has gone out the window.  There is also a new trend where non-native individuals are calling themselves "healers" and trying to steal our knowledge to sell for there own.  This is why we are so secretive when it comes to sharing information.
As an effort to meet more Native American midwives, please leave a comment, I no longer want there to be a gap in our historical place in midwifery, it is time we begin to write our own history.

Posted by Nicolle L. Gonzales CNM at 5:41 AM